Ricketts is an English medieval family name. The consensus seems to be that our surname is derived from many different origins. These influences include French and Germanic derivations since the name most likely migrated across the English Channel from mainland Europe around the 16th or 17th century. In researching our Ricketts family history we’ve found that our lineages fit neatly in this evolution of the Ricketts family name, with ancestors living in the west country of England during the 18th century. 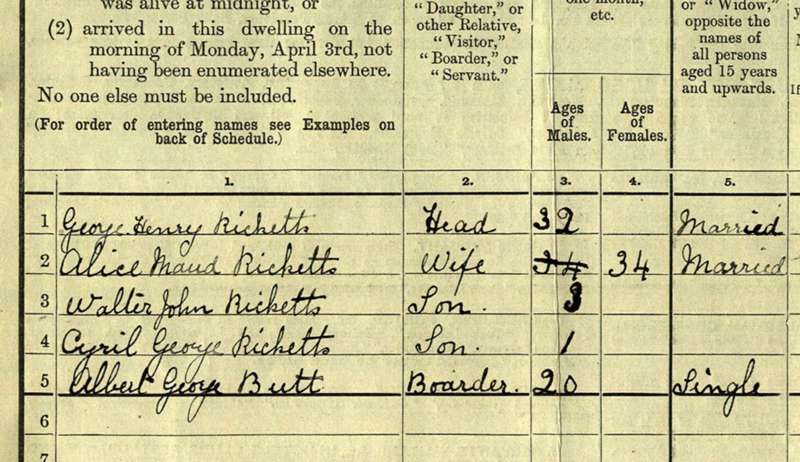 It’s worth noting that throughout much of England surnames were not commonly used until around 1400s. In 1250, few people except the wealthy had last names, but by 1450, almost everyone had a one.

This wide variety of name-roots gives weight to the argument that the Ricketts surname migrated to England from France. Due to significant changes in the French language over time, the same family names often devolved into numerous variants. These variants included with Germanic and Italian influences.

Some researchers believe the Ricketts family name derives from the 7th century Germanic and Anglo-Saxon name “Richard.” Popular before the Norman conquest in 1066 it later became associated with the struggle of natives against the invaders.

Other researchers suggest that the Ricketts name was initially associated with the Huguenots, who, fleeing religious persecution, left France in the 16th and 17th centuries. One Huguenot family with the name Ricquart or Ricard lived in Kent, before heading west and settling in Combe, in Hereford county.

Historically the Ricketts family history is concentrated in the south and west of England. Concentrations of the name are found in Gloucestershire, Somerset, Wiltshire, Dorset, Warwickshire, and Worcestershire. Since our known Ricketts relatives can be found living in Dorset and the west country through the 1800s. This ties our family research neatly into this historical narrative.

There are also concentrations of Ricketts in Hampshire and the Isle of Wight. Again this fits our family history with relatives living in both counties and just across the Hampshire border in West Sussex.

As we dig deeper into the archives, we discover more about the Ricketts family history. It’s clear that even in the small Dorset villages there were several Ricketts families living at the same time. It can be difficult to unravel the different families when trying to tie them back into ours. We continue to research the archives to find answers.